A Jurist For Nothing 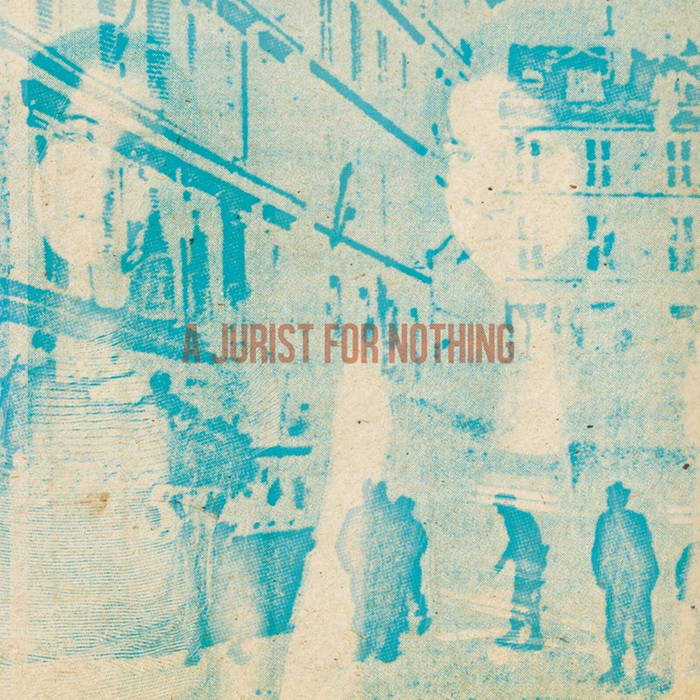 A Jurist For Nothing is a complex, illusory docket of the life experiences of its progenitor, AF Jones. Jones is an audio engineer, former submariner, and creator of weapons grade acousmatic listening experiences. His sound collages plasticize into probing questions that
seem to hint at dangerous, secret answers. He comes to his sounds via close investigation of the natural world, the guts of electronics, and mundane public spaces. Jones is the architect behind Laminal Audio, a mastering studio in Washington state that appeals to his bent for the archiving and modulation of sound. Laminal Audio’s quality control lends to his carefully curated small batch label Marginal Frequency.

Jones' own latest release is, to date, the most comprehensive montage of his own tendencies as an artist. A Jurist For Nothing was recorded, composed, performed, and engineered entirely by him, with the exception of one song, which features cello contributions from
frequent collaborators Judith Hamann (Argonaut String Quartet, Golden Fur) and Lori Goldston (Nirvana, Earth).

"Renouncer" opens the album with a whoosh of liquid, and a zap of electronics. For anyone with oceangoing experience, an inrush of water is a hackle-raising sound that represents a breach of vessel integrity. So begins Jones' investigations below the surface of things on A Jurist For Nothing. Jones’ extensive experience with underwater acoustics, guitar music, and recording techniques are the principle methods his songs arise from. As with most polymaths, there are themes unseen that drive Jones' creative process. Here, primarily, they seem to be evaluations of institutions, secrecy, and the systemic breakdown of social contracts.

The waves of "Renouncer" give way to near inaudible ticking, and quiet field recordings; a strawberry spring of silence that sets the tone for "Anna Politkovskaya", named for the Russian journalist assassinated for her work reporting the Chechen war. Politkovskaya's
dedication to secrecy with her sources gained her a constant flow of information she fearlessly reported. Jones represents this arc of her career faithfully. Opening on a field recording of a faint drip, the track gains a sustained tension via rhythmic signal pulse before fading to silence. It's a tense, cinematic piece that bends the arc of time with its gravity, stretching two and a half minutes into what plays like a two and a half hour thriller of political intrigue.

The album's codae, "explicate order", and "we will embrace the singularity" are shimmering reflections of Jones' improvisational style, and his live performances. Pitched field recordings, weather band VHF, and guitars --electric, acoustic, and pedal steel-- all figure here in
compositions right for film as they are for casual listening.

As a youth Jones played rock guitar, but its restrictiveness led to discrete searches for household timbres, experimenting with recording techniques, and deeper sonic waters. Like the founders of musique concrete, Pierre Henry and Pierre Schaeffer, he's interested in the
everyday, scouring the air for inspiration. He'll stop mid conversation to investigate the source of a sound, and record it -- or later miking objects to gain their secrets. Space and propagation are his tools, and he's not limited to typical studios and concert halls. Jones makes
cathedrals and studios out of the inlets and waterways of the Puget Sound, as much as public spaces and public transportation.

Midway through the album, a rhythm begins to take place. Dissonant acoustic melody and chords join a transposed field recording and an electronic drone. It's an aperitif to whet the appetite of the ears before Jones strikes with his title track, and centerpiece. “A Jurist For Nothing” is an arrhythmia shot through with electronics. Piercing waves and quaking drones swell in volume, accompanying Jones' guitar on a trip into the album's crest.

On the backside of the wave, the sounds become harmonious, and one might notice then that the ride has been a bloom of recording techniques, beginning with lo-fi, on into the cinematic. The guitar has come into tune, leading us to a faithful rendition of Townes Van Zandt's "Rake". Jones sings blood analogue to the Texas mystic, just above a fingerpicked guitar and Goldston’s and Hamann’s moving cellos. Van Zandt's lyrical mysticism sits in for Jones’ experiments -- both of them meant to honor the power and mystery of relationships and the natural world. A fitting closer, a humble instance of two Texas con-conformists using music as an investigative tool, asking us to evaluate and dislodge our own secrets.
___
Sean Jewell
American Standard Time

Except for 'Rake' written by and recorded here for Townes Van Zandt, with permission from and courtesy of the Townes Van Zandt Estate. Arranged by A.F. Jones. Featuring Judith Hamann and Lori Goldston on cellos.

Bandcamp Daily  your guide to the world of Bandcamp

Featuring appearances from Kari Faux, Bluestaeb and and interview with NY-bred artist Wiki